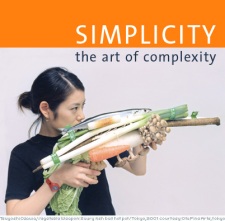 You may have heard of Engage for Success, a government backed and Industry led initiative led by David MacLeod and Nita Clark to look at how we can improve overall levels of engagement within organisations and turn that into a competitive advantage for the UK.  I recently attended a meeting of engagement “guru’s” (Yuk!) and sat at the back in the heckling seats with my good friend and trouble maker @dougshaw  I’m not going to detail my thoughts on the initiative so far as Doug has already done an excellent job of that here.  If you are at all interested in the subject then I strongly recommend you read Dougs take on proceedings so far.

Listening to David and Nita and talking amongst ourselves in the group, my eye was drawn to the pretty diagrams up on the screen, and the multitude of sub task force groups all led by distinguished figures in the field of HR and engagement..  As I sat there looking at it, and hearing the call for ‘evidence’ from David, one word just kept spinning around in my head.

Subgroup for this, subgroup for that; the desperate call for more case studies, more detailed evidence.  It kind of reminded me of the smoking lobby saying “Im going to carry on smoking until you PROVE its bad for me.”  How long are we going to keep banging on about the need for proof?  As I recall, we have case studies coming out of our ears, globally, about the commercial benefits and otherwise of having a truly engaged workforce.  Why then, are we making this so complex?  When in reality it is so simple?  I left the event feeling mildly excited but a tad frustrated too.

These thoughts came flooding back to me last Wednesday night when I was fortunate enough to attend an evening session called “loves to likes” – a seminar hosted by Lithium, a community platform provider.  The lions share of the evening was taken up by several leading branded companies – including Skype and Vodafone – extolling the virtues of engaging customers through community.  There was much falling on swords and talk of how, previously, both companies had failed to engage the customer base and been worse off for it.  Both talked eloquently about a shift in thinking, where they introduced open customer communities, engaged the customer directly, allowed open dialogue – including complainers and dissenters – and engaged in the conversation.  Both talked about the initial caution, the nervousness around engaging so intimately, allowing open feedback and the challenge of listening, and actually doing something about it.

However, both also talked about how this was transforming their businesses.  Skype in particular was incredibly interesting.  They had lots of examples of tremendous ROI, including the ‘super users’ within the community having a huge input in driving product innovation.  In one case, the community members actually designed and delivered a key promotional game mechanic for their joint promotion with angry birds.

They key?  Simplicity.  Create the community, let them in, let them have their say, respond accordingly and engage in the conversation. As a peer.  In short?

So, as I’m sitting there, I can’t help but think that organisations across the globe are missing out on a huge internal opportunity here – it seems they can’t see the engagement wood because of the complexity we have built around the engagement tree.

Some of the biggest companies around the world are engaging their customers directly, and turning that engagement into competitive advantage, seeking out innovation, getting valuable feedback, getting diverse opinion and above all, getting the right steer on what really matters to the customer.  And delivering it.  And they are doing it through the simplicity of community.  Or rather, open conversation.

Yet, internally, many many companies are closing down social conversations, denying access to social platforms, ignoring the water cooler conversation, finding all manner of excuses to avoid implementing internal communities “for fear of what they might criticise their boss or company”.  And at the same time the leadership are scratching their heads on the lack of engagement with employees.

12 years ago, organisations didn’t want to hear what the customer had to say about their products and services, but wrestled with a need to increase customer acquisition and increase market share.  Now, they have no choice – they are forced to engage.  Forced to address the appalling issues with customer service, failing services and faulty products.  Forced by the customer.

Perhaps we are now at the same stage with employees.  Perhaps the prospect of hearing about the appalling management practices, shoddy communication and ill informed employment decisions is just too much to bear for company leaders.  Just like it was 12 years ago with our customers.

From what I heard the other night, the route to excellence in customer engagement was a pretty simple one.  Brave, and possibly emotionally challenging yes. But simple nonetheless.  So why are we building so much complexity into engaging employees?  I wonder if its because, when all is said and done, we can’t face the consequences that excellence in employee engagement brings with it.